“I can do all things through him who strengthens me.”

Today we woke up to frozen eggs, frozen milk, frozen fruit, every thing that was in the fridge froze. The other day when I saw how many things were in there I turned the fridge temperature a little colder, apparently it works really well, in fact a little too well. 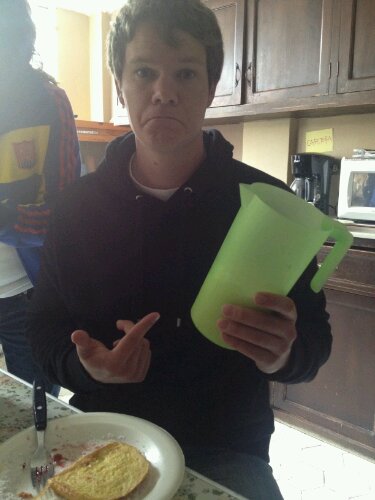 After that we went into el Centro to do some shopping, I got some pretty awesome things for pretty cheap, one of which was a machete (you know to decorate my room and make it feel more homey of course). I give the Spampinato’s credit for teaching me their bargaining skills. That said though walking through el Centro is always a little stressful, especially with a bunch of girls since you have to constantly be aware of your surroundings and looking out for their safety. I wasn’t one to carry a knife often when I was back in California but now I don’t go out without it. The girls were really good though and everything went well, even though a tough looking gringo that I met in el Centro jokingly said he would rob me later (it was one of those times where someone makes a joke and you half wonder if they are serious). I just jokingly (and half seriously) told him I had my knife as I patted it in my pocket. Needless to say I want to learn Kung Fu more every day. 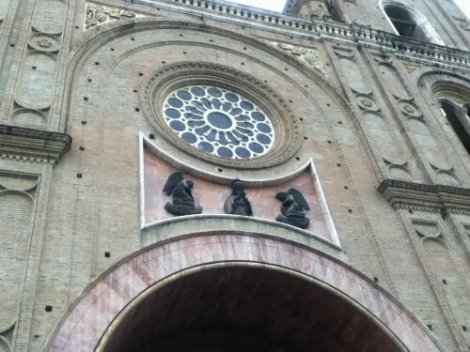 After getting all our treasures we headed back to the houses/church to get ready for the VBS in Uncovia. I was in a hurry to be back by 12 since Zeke had invited the gringos to help with the VBS and one of them, named Ryan, said he was going to be there to help. Ryan ended up showing up, as well as Chealsy (not sure on the spelling) and her two kids Yongii and Anaya. I can already tell Ryan is going to be a big help. He is a single guy who just moved to Cuenca and is still looking for a job so he has a bunch of free time and wants to serve.

The VBS had a slow start, at first I wondered if anyone was going to show up due to all the rain. Eventually though the place was packed. I want to say there were maybe 60 kids there or so. Amazing. And all of them singing to and learning about Jesus. Overall. everything went really well, God really uses children’s ministries to reach people here.

Erika, as always, was a big hit with the kids.

For me most of the days work ended when we got back to Tres Puentes (Uncovia and Tres Puentes are different neighborhoods in Cuenca). The girls still had a woman’s Bible study to go to (those holy women, they do a lot around here). Zeke and Blanca burned the candles even longer and went to a couples home without the group to do some counseling after the woman’s meeting was over. We are all gonna sleep good when this mission trip is over, that’s for sure.

Tomorrow we still have our last day of VBS in Uncovia (only a few more Spanish rap solos to go) but I’m sure it will be another full day.

4 responses to “Day 9 for the Phelan Team”