“If we are faithless, He remains faithful; He cannot deny Himself.” 2 Timothy 2:13

It has been a while again since I have done an update but I just wanted to tell you about how faithful God has been to me. Every Sunday and every Wednessday when I give a  study God does a miracle and is faithful to me even when I havn’t always been faithful to Him. I think that is something that God has really been teaching me over the last year I have been here- He really is faithful and I have experienced it and known it.

For instance, one Sunday I didn’t get my message done until the morning of. After praying and begging God for His help and blessing for the message the Lord gave me exactly what to say. Afte the message there was a man visiting the church (we get a lot of visitors of people thinking about moving to Cuenca) who told me “From a man who has been in the ministry his entire life that was one of the best sermons I have ever heard. Keep it up.” I was thinking to myself, that would be a very bad idea to keep preparing only an hour before the service but it was an example of God’s faithfulness. Our usefulness to God isn’t based in our own strength but in His Spirit. That doesn’t mean we should not be faithful and do our part but it does mean if we at times become faithless God remains faithful. He has our back.

Another thing to note is the amazing work that God has done. I finally feel like the church is in order which is what I felt like the Lord sent me here to accomplish. One of the verses that the Lord used to impact me the most when I first came was in Titus 1:5 which says

“For this reason I left you in Crete, that you should set in order the things that are lacking, and appoint elders in every city as I commanded” you–“

When I first got here one of the things the Lord put on my heart was to start a servant leaders group. In doing so I was following the example that my pastor had left me back in California about having a group of leaders, the only difference is I wanted to simply call it the servants group instead of a leaders group but decided to combine the terms. The reason being is that in order to be a leader you must first make yourself the servant of all. It was the best way to test people to find out who would become the elders for the English service. In the end Mike Grimm and Lawerence Burdge made it through. Both Mike and Lawerence are now elders serving on the church board representing the English Service as of last Monday. The Wall Street Journal actually just wrote an article about Mike and Patty Grimm not long ago about their adventures in Cuenca (to read it click here).Both of them will be getting a chance to teach on Sunday mornings in the next few months. 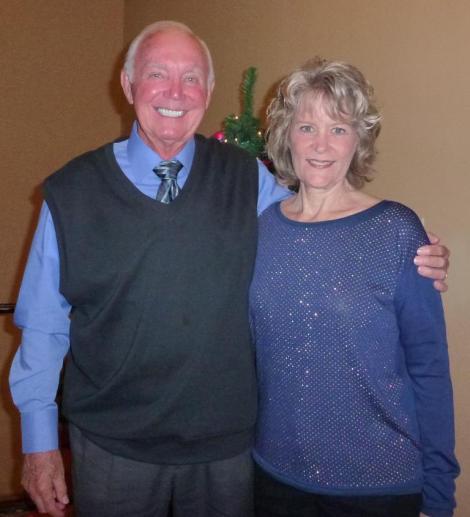 Mike and Patty Grimm. They are a huge blessing to the church here.

It is pretty amazing to see the promises of God become true. I never imagined I would really be sent “to the nations” to preach God’s word and yet it happened. When the Lord impressed on my heart to set things in order and to appoint elders I thought how in the world could that ever happen, and yet that did as well. It is because of God’s faithfulness and His faithfulness alone. God has a plan and He is perfectly capable of bringing that plan into being.

On another note you might remember my Egyptian friend Basem Boshra that I had mentioned a while back. He felt as though his time here was drawing to an end and that God was calling him to serve somewhere else. He went back home to Egypt and has plans to either serve in the ministry there or to serve as a missionary to Indonesia, so please keep him in prayer as  he decides where to go. Sometimes though God has to move us back to our own country to be a missionary where it is most needed and often times where no one else will go, so maybe that is what is happening. Either way keep him in prayer please.

There are still a few more things here that I think the Lord has for me but it has been amazing to see some very critical things take place and finally see the visible progress of why I was sent here.

One response to “Enduringly Faithful”