Blessed are the meek, For they shall inherit the earth. -Matthew 5:5 NKJV

Meekness is not weakness, it is strength under control. To those spiritual disciples of Christ a truth is revealed, a truth only applicable to those who have already become poor in spirit with the hope of the inheritance of heaven. The word meek in Greek is πραΰς (praÿs) and is defined as “mildness of disposition, gentleness of spirit, meekness”. How drastically does this contrast the natural man’s concept on how to inherit the earth, for this world would teach you to aggressively assert yourself and take it through any means possible. The world is yours, take it, they would say. That is why this truth is only applicable to the spiritual disciple of Christ, for He would teach you happiness through meekness.

I have found that the more I detach from earthly possessions and desires the more meek I become, and yet surprisingly so the earth is my promised inheritance. The very nature of meekness must mean you first must be strong, and so the idea that a Christian is nothing more than a trembling and weak doormat for the world to trample upon is wrong. A better picture would be Christ the King of the universe, capable of speaking the world into existence with a single word or calling down a legion of angels to His defense, riding upon a lowly donkey during his accent to Jerusalem. I cannot help but think of the Shaolin Monks who deny all worldly possessions and train their bodies to be lethal in combat, and yet refuse to fight except for only the most noble of causes. As noble and respectable as these monks are, they shall never inherit the earth. For that blessing is promised to those who have put their hope in God– for when Christ returns He will return to restore His kingdom and those meek and gentle servants of His shall share in His inheritance of it.

As Christians we are to be strong. We are to be capable. Yet, to find happiness we are to be meek, of gentle disposition and mild spirit. David Guzik expounds on this concept in stating–

It has the idea of the proper balance between anger and indifference; of a powerful personality properly controlled; and of humility.

The meek are those who quietly submit themselves to God, to his word and to his rod, who follow his directions, and comply with his designs, and are gentle towards all men (Tit. 3:2); who can bear provocation without being inflamed by it; are either silent, or return a soft answer; and who can show their displeasure when there is occasion for it, without being transported into any indecencies; who can be cool when others are hot; and in their patience keep possession of their own souls, when they can scarcely keep possession of any thing else. They are the meek, who are rarely and hardly provoked, but quickly and easily pacified; and who would rather forgive twenty injuries than revenge one, having the rule of their own spirits.

Henry goes on to describe that the promise to inherit the earth may not only be fulfilled in the disciple until the coming of our king, but it also may very well be seen before in this life as well. Since meekness, a gentle and controlled disposition, cannot help but promote mental and physical health, a comfortable undisturbed enjoyment of yourself, God, company and any condition despite outward circumstances, safety and security and even a wise propensity to accumulate wealth. 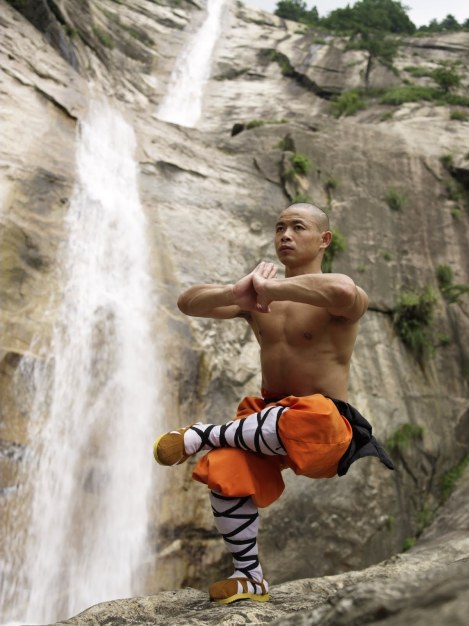 5 responses to “Meekness is not Weakness (Matthew 5:5)”

Join 174 other subscribers
Follow Shall Speak To Nations on WordPress.com