After years of suffering, of being hunted down like a dog by the man whom he had loved and served, David had finally seen the deliverance of the Lord and could not help but pen the psalm of praise that is Psalm 18. Although David had been anointed king of Israel while Saul yet sat on the throne he did not lift his hand against the Lord’s anointed. He had numerous opportunities to take the throne for himself and to end his suffering by ending the unjust and wicked reign of King Saul, but David trusted in the Lord (see 2 Sam. 22).

He waited on the Lord. He lived on the run. He often hid in caves or slept on large boulders so as to have the advantage should he be attacked while he slept. He had done nothing wrong. He had delivered Israel and answered the call of the king when he slew Goliath. He had faithfully served Saul and fought the Philistines daily, only to be rewarded with a death sentence upon his head. Yet, God did not leave David alone. Psalm 18 states, “They confronted me in the day of my calamity, But the LORD was my support”.

I will love You, O LORD, my strength. The LORD is my rock and my fortress and my deliverer; My God, my strength, in whom I will trust; My shield and the horn of my salvation, my stronghold. I will call upon the LORD, who is worthy to be praised; So shall I be saved from my enemies. –Psalm 18:1-3

Although David at times stood alone, and was confronted by an evil he did not deserve, God continued to be his support. It was this that caused David to praise God as worthy. The Bible tells us God is worthy to be praised, but when we suffer and find God as our only support through it all we too can say with all our heart that He is truly worthy to be praised.

Paul of Tarsus, to whom God inspired to write the majority of the New Testament, also experienced this. While in Jerusalem Paul reached out to his former colleagues (and former life-long friends no doubt), the Pharisees and the Sadducees, after he had been arrested in the temple and brought before the counsel of the Sanhedrin. The book of Acts tells us that after this hearing the following night “the Lord stood by him and said, “Be of good cheer, Paul; for as you have testified for Me in Jerusalem, so you must also bear witness at Rome.” (Acts 23:11).

There are times when we feel alone and will suffer because we have chosen the path of righteousness, and those times can last years or even decades. But the Lord will stand by you. The Lord will be your comfort. When you know that type of comfort you too will say with understanding, as did David, “I will call upon the LORD, who is worthy to be praised”.

So be encouraged. You are not alone. The Lord stands by you. 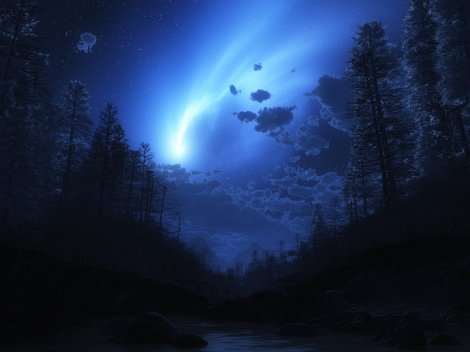