If you can remember, or have been following me for some time, I wrote in July of 2013 that I had decided to stay in California with the desire to see my own country, the USA, return to God. I said that I wanted to pursue law enforcement and that I “have considered perhaps going to law school eventually and getting involved in politics, but we will see where God leads.” I have spent the last three years working, going to school and trying to get into law enforcement, and getting very close to getting in. I was even given a conditional offer, but then on the way home from my final test I heard an advertisement for Trinity Law School. I thought to myself, “if this doesn’t work out maybe I could try for that.” In my last mission’s update post, in September of 2013, I talked about how patience is a virtue. I admitted that I was struggling, and that I felt like I was being tested and failing. I stated I would continue to endure, even if it meant more failures. And more failures did come. But I continued to endure, to trust in God’s mercy and hope for His plan for my life. And I did endure. I endured many more moral failures in ways I never thought I would fail, I have suffered chronic back pain for the last three years which has improved only mildly (yet I am grateful that it is improving at all), and I have felt that my life is going no where.

After finding out that I didn’t pass my last test for law enforcement I accepted that as a sign from the Lord; since I had been praying for him to open and close the right doors. A few months later, after a lot of hard work and study, I was accepted into Trinity Law School and will be starting that in August. I will also be finishing my BS degree from Liberty University in August as well. It has been a long three years, but the desire the Lord planted to return home to my country, to go to law school (a dream I had, but honestly didn’t think could become a reality) has finally come to fruition. 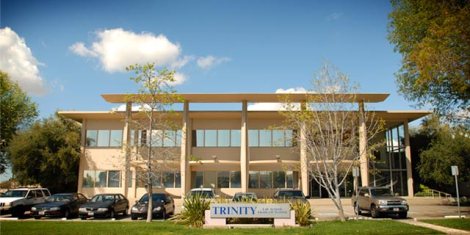 I was reflecting on all this this morning, and I was asking the Lord what book to read in my devotionals. I felt led to the book of Nehemiah, a book that I have been meditating a lot on recently. As I was reading it I remembered that I had started a study of it when I was in Ecuador. At the time I was teaching it to ex-pats, and I felt it represented what needed to be done in the church there in Cuenca. But as I remember it, I believe that this is where the desire to come home and “rebuild the walls” of my own people came from. I remember hearing from a far all the discouragement, and all the suffering of my people that felt their nation was lost and that it wouldn’t get any better. This is when God first planted the desire to come home and do something about it, to encourage people that hope is not lost.

[Neh 1:1-4 NKJV] 1 The words of Nehemiah the son of Hachaliah. It came to pass in the month of Chislev, [in] the twentieth year, as I was in Shushan the citadel, 2 that Hanani one of my brethren came with men from Judah; and I asked them concerning the Jews who had escaped, who had survived the captivity, and concerning Jerusalem. 3 And they said to me, “The survivors who are left from the captivity in the province [are] there in great distress and reproach. The wall of Jerusalem [is] also broken down, and its gates are burned with fire.” 4 So it was, when I heard these words, that I sat down and wept, and mourned [for many] days; I was fasting and praying before the God of heaven.

This is the attitude that I have as I enter into my first year of law school. I almost can’t believe that it is actually happening. I have been patient, and finally (three years later) God is moving me into the next step. I’m sure the next three years will be hard, but I can’t wait to write again and tell you all of how the Lord has come through again and has moved me forward. He does have a plan, and although I rarely understand it at the time, time and again I have looked back and have seen His hand guiding my life.

So be encouraged readers, God is with you. Even when you feel like your life is going no where, and you have failed and suffered. God is with you. Trust in Him and endure, and He will bring you through.

[Neh 1:5-11 NKJV] 5 And I said: “I pray, LORD God of heaven, O great and awesome God, [You] who keep [Your] covenant and mercy with those who love You and observe Your commandments, 6 “please let Your ear be attentive and Your eyes open, that You may hear the prayer of Your servant which I pray before You now, day and night, for the children of Israel Your servants, and confess the sins of the children of Israel which we have sinned against You. Both my father’s house and I have sinned. 7 “We have acted very corruptly against You, and have not kept the commandments, the statutes, nor the ordinances which You commanded Your servant Moses. 8 “Remember, I pray, the word that You commanded Your servant Moses, saying, ‘[If] you are unfaithful, I will scatter you among the nations; 9 ‘but [if] you return to Me, and keep My commandments and do them, though some of you were cast out to the farthest part of the heavens, [yet] I will gather them from there, and bring them to the place which I have chosen as a dwelling for My name.’ 10 “Now these [are] Your servants and Your people, whom You have redeemed by Your great power, and by Your strong hand. 11 “O Lord, I pray, please let Your ear be attentive to the prayer of Your servant, and to the prayer of Your servants who desire to fear Your name; and let Your servant prosper this day, I pray, and grant him mercy in the sight of this man.” For I was the king’s cupbearer.

2 responses to “Return To Him”

Disclaimer: nothing on this website is intended as advertising. Any information posted herein should not be considered legal advice but rather is intended as religious instruction and interpretation.